Santa’s staying on top of his deliveries this year with the help of Time Tracker! 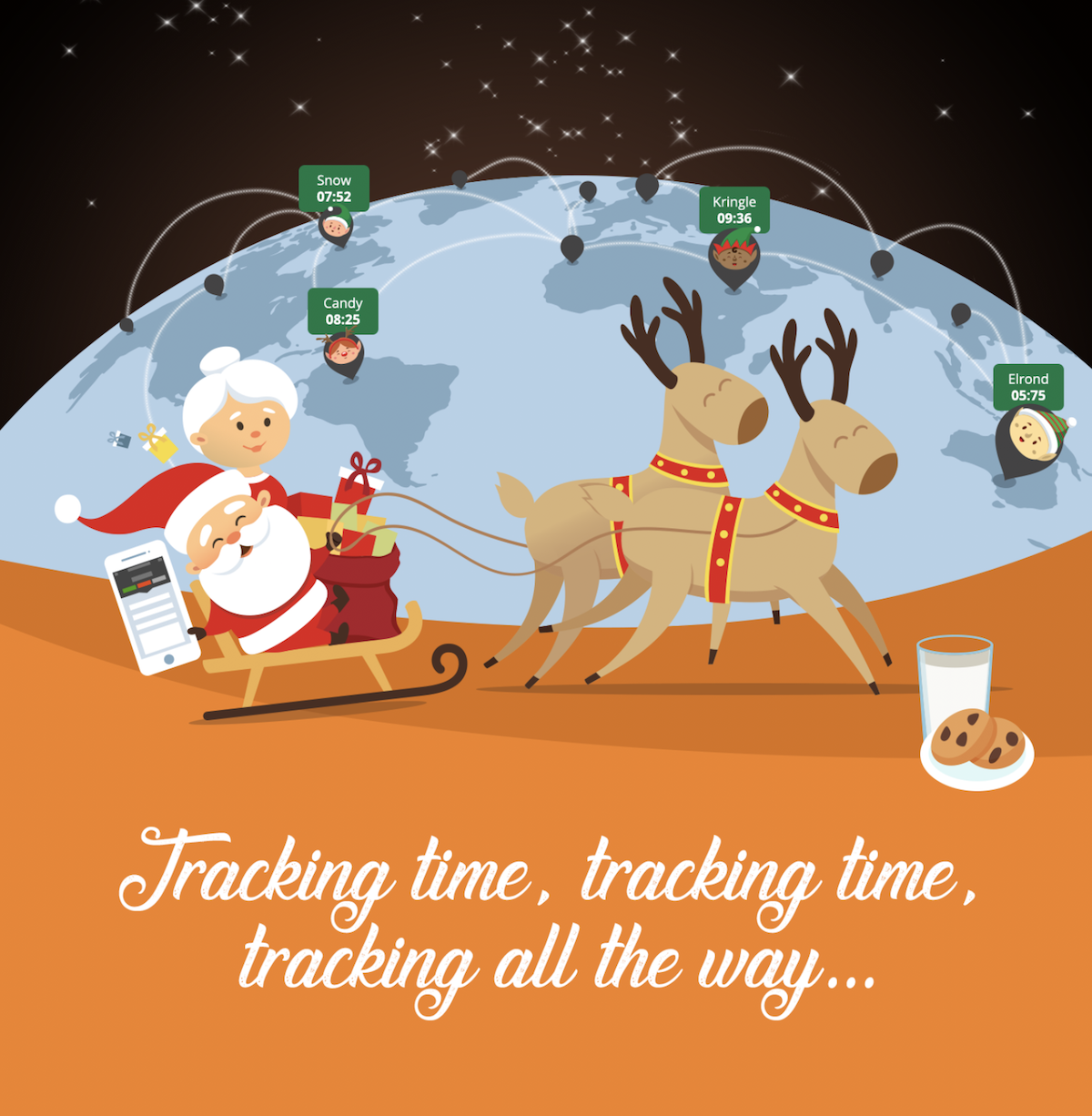 In the air there’s a feeling of Christmas, and shoppers everywhere are rushing home with their treasures. Luckily, everyone at the North Pole is on target and stress-free, because they are using their time trackers to stay on schedule with the toy-making, Christmas baking, gift wrapping, washing the sleigh, and reindeer grooming. That’s right–Santa himself is tracking all of his time this year, because he knows just how much of a difference losing a single moment can cost.

Last year, Mrs Claus got a little bit too ambitious with her Christmas baking. Santa stayed behind to sample some of her peppermint cookies, but that was a mistake! He almost missed the midnight deadline to deliver presents at 349 of the houses in Norway! The elves were beside themselves, and the reindeer blamed the lapse of time on their flight delays. This year, Santa decided he would never have such a close call again. He knows better than anyone that children all over the world deserve to have their gifts delivered on time, every time. He couldn’t slip up like this again.

The man in the red suit was the first to get the Time Tracker app installed in his sleigh, and on his mobile phone. The time tracking function which is down to the second ensures that he never misses a single delivery. He has been using the multi-timer function so that he can start time on one device, and pause it on another as he rehearses for the big day. His route efficiency has been vastly improved by analyzing the data which is automatically generated in the app; Santa knows just how long each portion of his trip has taken until now, and has been able to tweak his course over a few different countries for improved time. The GPS function certainly comes in handy for Santa himself, but mostly for Mrs Claus and the elves; tracking the sleigh’s location means that they can keep the big man on course! Productivity this year will outmatch all the previous centuries of worldwide Christmas deliveries.

While Santa is in the air, Mrs Claus can check over his time entries, and approve or deny them as the official admin. If her husband lingers over an extra glass of milk, Mrs Claus won’t allow the overtime! She can also keep a keen eye on those mischievous elves by allowing a second admin on board, who can carefully monitor their time entries for accuracy, and make sure they are where they said they would be. When team messages are enabled, elves and reindeer alike can send last-minute weather updates when Santa is in the air, or simply good wishes to those who’ve made the trip with him.

The team includes a unique assortment of elves and reindeer, and with their input, automated reports show which of these helpers are the most (and least) productive. There is a new Head Elf this year, whose toy-making efficiency outshone everyone else’s. Sugarplum Mary is thrilled to have the chance to join the front line on the sleigh for the first time, right next to Santa himself! Poor Prancer is going to have to work harder this year, and pull the appropriate amount of weight. His data showed that he was trying to get away with letting the other reindeer take up the slack.

Because of the new and improved delivery times and route efficiencies, Santa isn’t missing out on Mrs Claus’s baking, either. He doesn’t need to stay behind to try new recipes; now he has the time to dawdle ever so slightly when there is a particularly tasty batch of cookies left out or a lovely set of Christmas tree lights to admire, anywhere in the world. He knows just where his time is going, so he is able to save some crucial moments to savor extra treats.

This year, Santa is on track to save 23.37 minutes, which is an extraordinary feat for such a large trip! He will be able to nibble at 4 extra cookies, drink 7 more glasses of milk, and even take a moment to slow down and appreciate the Northern Lights with his Head Elf. (Although if he takes too long, Mrs Claus may just send him a text to see what’s happening up there when she checks in on the real-time GPS data!)

The best thing about Time Tracker is that it’s not just for Santa and his helpers. You can access the same software, and stay on top of your work hours this holiday season so that you can save time for more important tasks, like decorating the tree, wrapping presents, and singing a few holiday classics. Try our free 14-day trial today, and take some time to enjoy that extra cookie. 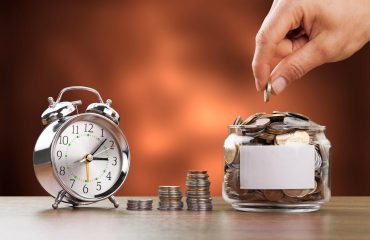 Tips for Staying on Time and Budget During the Holidays 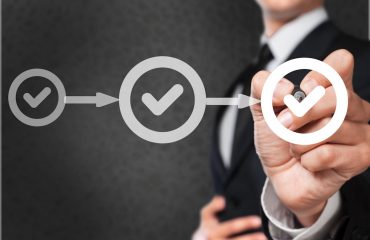 Increase Productivity in Your Business With These Helpful Tips

Time Tracking is Essential to Profitability. Here’s How.

Remote work is a new fact of life. Get the eBook and learn how to overcome workforce challenges.